Congresswoman Alexandria Ocasio-Cortez introduced an amendment that would supply an additional $8 million on top of Rep. Ryan’s proposed increase. The proposal would total the intern fund at over $19 million.

Press Contacts: Trevor Smithcomms@payourinterns.com202-670-7783 FOR IMMEDIATE RELEASEMay 1, 2019 Pay Our Interns and Congressman Tim Ryan Work to Secure an Additional $2.5 Million for Congressional Intern Pay Washington, D.C. – Today, the House Appropriations Subcommittee on the Legislative Branch, chaired by Rep. Tim Ryan, approved its FY 2020 Appropriations Bill, which includes an additional $2,565,000 for Congressional intern pay. This increases the allowance per Member office from $20,000 to $25,000.

END_OF_DOCUMENT_TOKEN_TO_BE_REPLACED

Wage wars: In search of the ‘American dream,’ students are often pushed to accept unpaid internships as necessary evil

Seen to stifle diversity and benefit the wealthy, unpaid internships leave students caught between the prospect of invaluable work experience and the threatening lack of a paycheck

All Texans in Congress now have money to pay interns. Will they?

Congressional internships in Washington, D.C., have traditionally been unpaid. While some Texans in Congress have paid some of their interns in the past, those opportunities were not always well-publicized.

A recent move by Congress to fund its internships came about after nonprofit group launched by a former intern highlighted the inequities that unpaid internships perpetuate. Now, the group is setting its sights on the private sector.

As the new freshman class of Congress makes history as the most diverse class in the history of Congress, lawmakers on both sides of the aisle are calling on colleagues to pay the intern class on Capitol Hill. Last week, a congressional committee gave final approval to a new program forcing Congress to set aside funding to mandate Congress to pay its interns. The non-profit bipartisan group Pay Our Interns, which pushed the effort for intern

END_OF_DOCUMENT_TOKEN_TO_BE_REPLACED

House Democrats issued guidance to lawmakers Tuesday allowing them to use up to $20,000 a year from a new fund to pay interns and to reimburse them for expenses they incur. The new rules also define the interns in the congressional handbook and lay out the ethical standards they must abide by. The rules are only interim guidance and will be refined as more offices take advantage of the program,

END_OF_DOCUMENT_TOKEN_TO_BE_REPLACED

Most interns on Capitol Hill work for free, but that will finally change after years of backlash. On Tuesday, the House Administration Committee gave its final approval for a program that will pay Capitol Hill interns. Congress initially voted to instate the funding six months ago, and both legislative chambers are now set to give stipends to young workers. The new program provides $14 million for intern payments that will be distributed across

END_OF_DOCUMENT_TOKEN_TO_BE_REPLACED 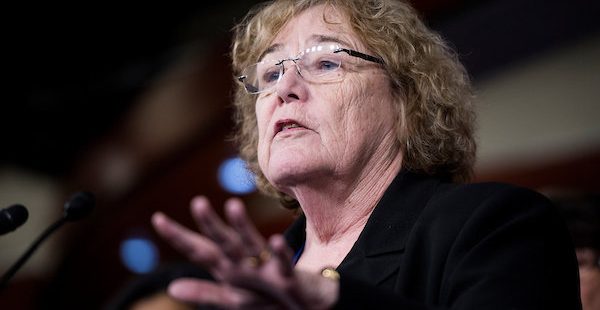 House offices now have guidance, however brief, on how to implement paid internships in their offices with the inaugural funding provided specifically for that purpose. The House Administration Committee approved a resolution Tuesday afternoon by voice vote that outlines “interim regulations governing House paid internships.”  A spending bill signed into law in in September included $8.8 million to pay interns in the House. Each office was allocated $20,000 in a newly created