Pay Our Interns: Only Nine Percent of Congressional Office Pay Their Interns 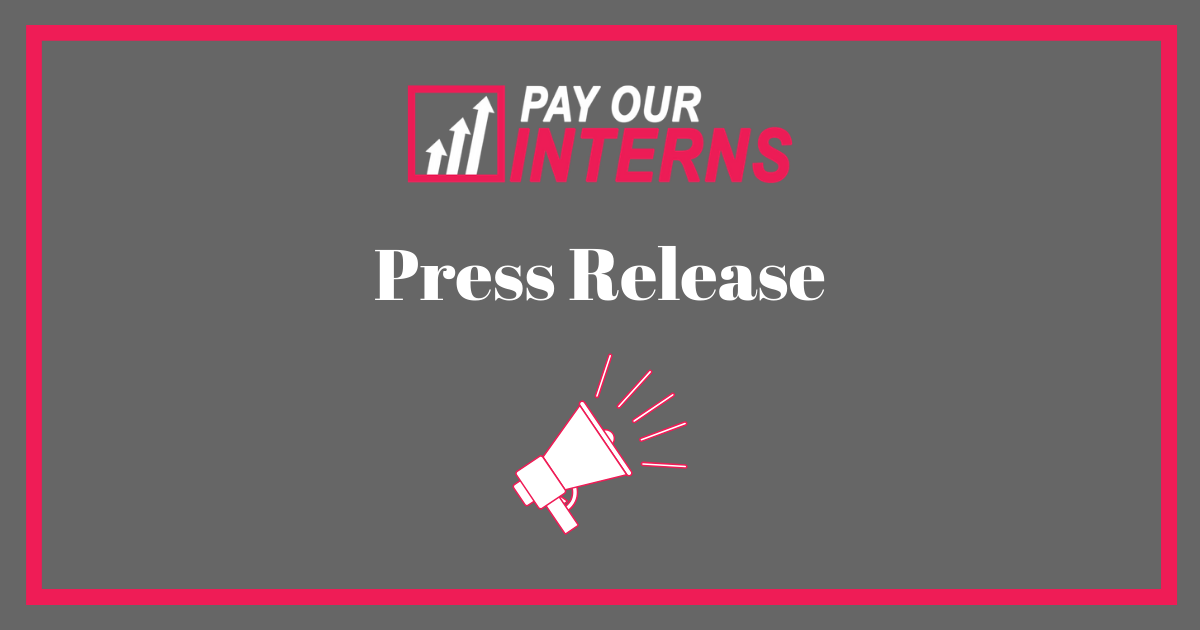 Last September, the House of Representatives appropriated $8.8 million to fund congressional internships, creating thousands of paid opportunities for young adults regardless of their socio-economic status. The Committee on House Administration released guidelines for offices to utilize their respective $20,000 allotment in late March allowing them to pay interns beginning in April, but we received numerous alerts from current interns and prospective applicants their respective congressional member was still advertising unpaid internships. As a result, we conducted an analysis on how House offices are advertising their internships.

The following statement can be attributed to Guillermo Creamer, Co-Founder of Pay Our Interns (POI)., “POI is troubled by these findings. Many believe our work on Capitol Hill is done because Congress appropriated the funds, but these numbers prove that our work is only beginning. It is astonishing to see that so many offices have decided not to use any of the $20,000 allocated for intern pay. What is even more alarming is the percentage of offices that provide no information about intern salaries whatsoever. In April, our team hand-delivered letters to every single office explaining the importance of listing paid internships online. Young adults from across the country count on this transparency and the offices choosing not to disclose this information prevents talented youth from applying for positions.”

Carlos Mark Vera, Co-Founder of Pay Our Interns.  “We have heard from several offices that the $20,000 is simply is not enough to pay interns. While we continue to work with the Appropriations committee as well as others to obtain more funds, it is extremely important for offices to use what they have. This is not a Democrat vs. Republican issue. With only 9 percent of House offices advertising paid internships, it is clearly a congressional issue. We are calling on all offices to update their websites to reflect that internships are paid, and reach out to POI with questions about establishing a paid internship program.”

Pay Our Interns is a 501(c)(3) non-profit organization that advocates for more paid internships and expanding workforce development opportunities among youth. A student’s socioeconomic status should not be a barrier to getting real-world work experience.  POI is headquartered in Washington, D.C. For more information visit www.payourinterns.com