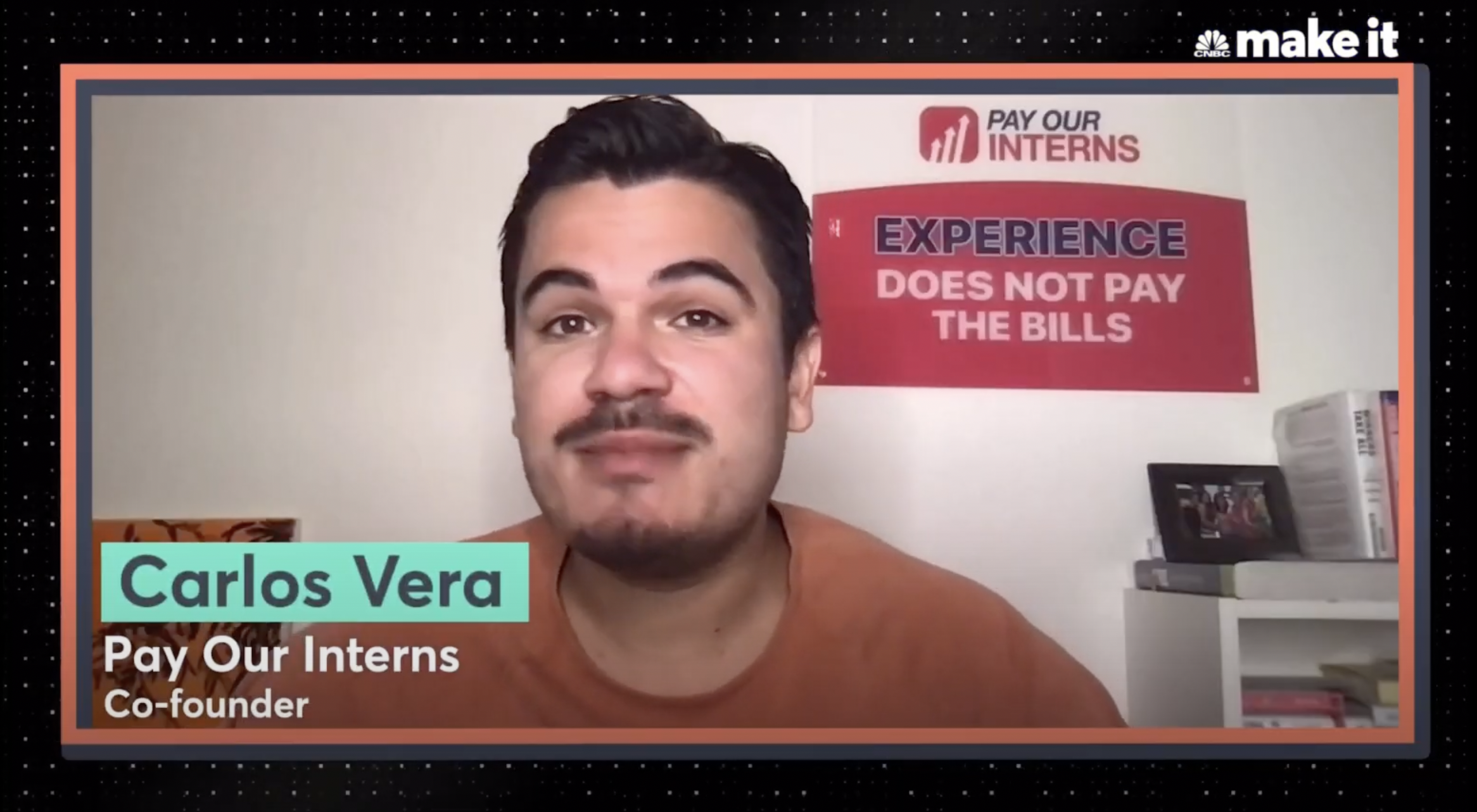 Pay Our Interns Executive Director Carlos Mark Vera spoke to CNBC’s Make It on his experiences as an unpaid intern, as they examine why 40% of interns are still unpaid.

“For many young workers, an internship offers their first taste of the “real world,” and many interns take home a very real paycheck of $0.

According to a recent survey of 267 employers (including big-name companies such as Adidas, Dell and Wells Fargo) by the National Association of Colleges and Employers, the average hourly wage for paid interns in the summer of 2020 was $20.76 — an increase of $1.22from the previous year and the highest rate ever measured.

But while competition at top employers may have led to good pay for some, a recent NACE survey of college students found more than 40% of interns surveyed said they were not paid.”